How To Set CCTV Time

If you don't know how to set CCTV time correctly you might end up with footage that's effectively useless.

This article and video will show you how to do it on a DAHUA and a MOBOTIX system.

It also explains some of the important things to keep in mind as you think about CCTV and the time stamp of the video.

How Important Is Time On A CCTV System?

“If the date and time stamping on the footage is wrong, this can hinder investigations by leading to the wrong person being tracked down and questioned.”

I think that's actually over-simplifying it somewhat.  There are plenty of other scenarios where the wrong time on your system could cause problems, and of course if I was a Defence lawyer I'd certainly question how the Police can be sure things on the video happened when they say they did.

The Police actually don't necessarily have to have video footage with a verifiably accurate date and time because their best practice is to note the system time and compare it with a Reference Time.  But why make life easier for the bad guys?

The gold standard of course is to be able to verify that your CCTV system time is synchronised with UTC ( Coordinated Universal Time ).

How To Set CCTV Time To A Time Server

In the video above you saw me using a couple of different NTP servers.  nz.pool.ntp.org is a freely available server from the ntppool.org site, which is run by a small band of very dedicated volunteers believe it or not.

Most ordinary systems are ok to use one of their servers but be aware of their caution at  https://www.ntppool.org/en/use.html.  Here's an extract:

"Consider if the NTP Pool is appropriate for your use. If business, organization or human life depends on having correct time or can be harmed by it being wrong, you shouldn't "just get it off the internet". The NTP Pool is generally very high quality, but it is a service run by volunteers in their spare time. Please talk to your equipment and service vendors about getting local and reliable service setup for you. See also our terms of service. We recommend time servers from Meinberg, but you can also find time servers from End Run, Spectracom and many others.

Mine does, as a quick check in the settings of my router revealed    ntp1.orcon.net.nz

When I pinged this server I got much faster response times than when I pinged nz.pool.ntp.org or another one in common use google.time.com. 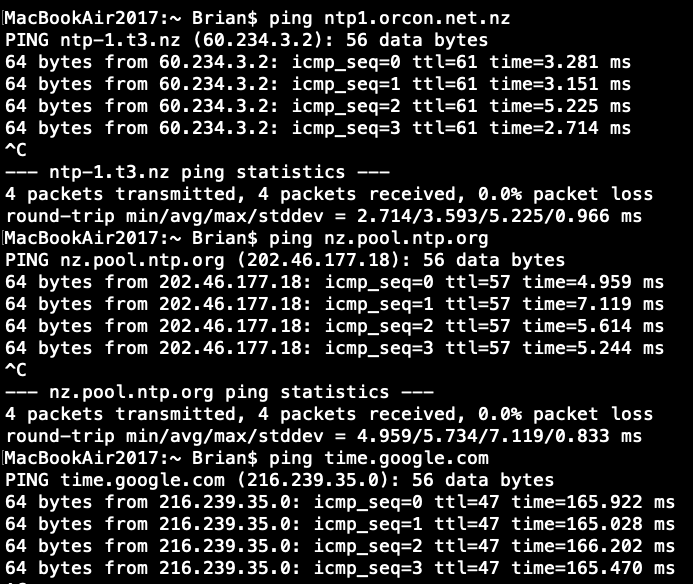 As you can see the ISP one is the best.  The pool one is ok but I have seen it slower and the google one is orders of magnitude less efficient.

How To Set CCTV Time To UTC

The best practice for systems where the time has to be very accurate is to have your own NTP server connected to your local area network.

If it has an atomic clock it's called a Stratum 0 server which is the most accurate.

The German company MOBOTIX has a small box called the MX-GPS Box and when queried they advised "Since this is a direct connection to the GPS satellite system, the firmware on the camera automatically sets this device to stratum 0 as the most direct connected time server." 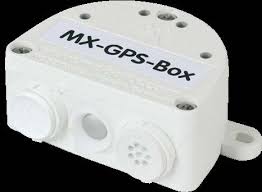 So that's a great inexpensive option at around $460, if you have the excellent MOBOTIX as your system.  You could even use it for other systems as long as you have at least one MOBOTIX camera.  This is because it must connect to a camera using their proprietary Mx Bus connection method.

If the NTP server doesn't have an atomic clock but gets it's time directly from a Stratum 0 server, then it's a Stratum 1 NTP server.

The beauty of having one on your LAN of course, apart from the connection speed, is that you don't need an internet connection to have accurate time.

As well as knowing how to set cctv time, it's also good to know why so I asked the people at www.masterclock.com why it was important to have your own NTP server and here's their response verbatim:

In short, security and accuracy.

Security – Accessing an internet time server requires an open port on your firewall, leaving the system vulnerable to DDoS and other cyber attacks.

Also, internet time servers also require a continuous connection to the internet. So if your internet goes down, your CCTV system will not be synced.

Finally, a GPS-synced Stratum 1 NTP server allows you to claim your security feed is legally traceable to UTC, which may have an impact on any police reports or court cases that rely on the video as evidence."

The cost of an NTP server like the one below starts from around $2,500 which includes an NTP license. 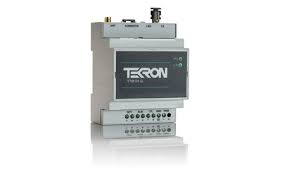 Now you know how to set CCTV time in two of the most common systems in Auckland.